I’m a fan of R4’s Thinking Allowed, a show that discusses the latest social science research in accessible, bite-sized chunks. I tend to listen to the podcasts on the way back from footy every week and they usually give a bit of an insight into areas I knew nothing about before.

Last week the show had an interview with Sugata Mitra, Professor of Educational Technology at Newcastle University, the project leader behind the Hole in the Wall Project that apparently inspired the book Slumdog Millionaire was adapted from. 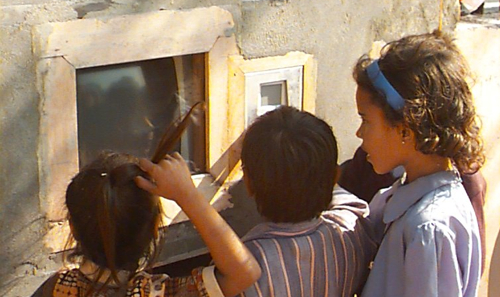 For a brief summary:

After 7-8 hours they were teaching each other to browse. After a few days or weeks they were operating everything in Windows. Between 3-6 months the children were capable of using a computer to the standard of the average user in the West. School results jumped spectacularly when the children discovered Google.

That’s impressive enough, but listen out for what happened when they changed the experiment to show that there’s a limit to this self-teaching.

You can still listen to the show on the Radio 4 website. If it’s disappeared by the time you read this then I’ve put a copy on Posterous for safe-keeping. It’s only 10 mins long and worth every second.

Update – thanks to Nikki Pugh for pointing out Prof Sugata Mitra’s talk at LIFT  2007.

2 replies on “The Hole-in-the-Wall Project”