I was on holiday last week (it was lovely, thanks) and was uploading pictures every couple of days to Flickr. When I spotted a spike in the number of views my photos had had I assumed it was someone subjecting themselves to my holiday snaps.

In fact one of my photos (below) had received around 5,500 views having made it to the homepage of Digg. 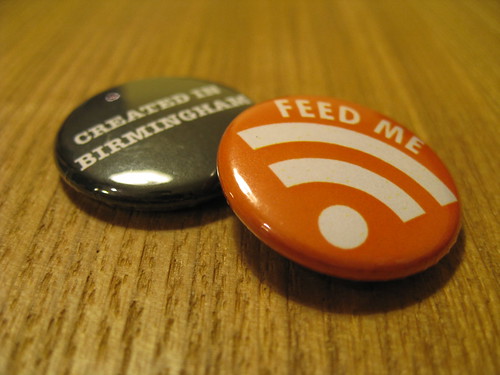 Yeah, I was surprised too. I took that photo as an afterthought at the end of the January Birmingham Social Media Cafe. Jon Bounds had ordered a batch of orange RSS badges to hand out to people and I was handing out the CiB badges Pete Ashton had left me back in May.

Of course, I’d heard about the effect Digg can have but having some stats to mull over is a different thing entirely. Flickr’s stats are pretty good so I thought I’d share a few.

This shows daily views of all of my photos which usually dither around the 0-10 mark. Spot the spike:

These are the sites that referred the most traffic: 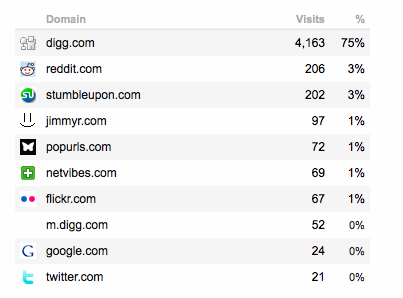 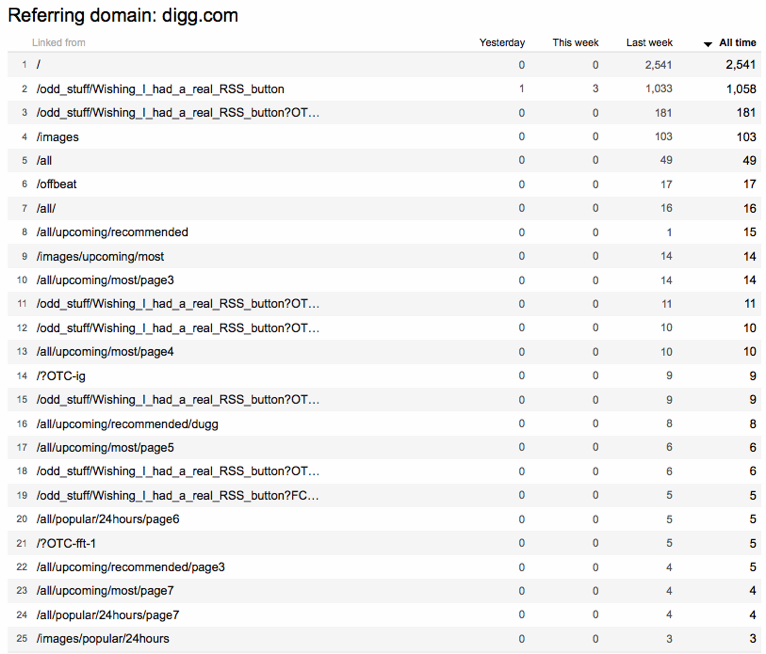 The top result ‘/’ means the homepage.

So, what are the lessons to take from this?

Without dissecting the stats in forensic detail, the obvious lessons are:

There are ways to increase your chances of hitting big on Digg but, as I had no hand in submitting this item, I’d feel a complete fraud trying to talk about them here. Suffice to say the basics include submitting a decent item in the first place and having lots of friends. An alluring headline and punchy description might help too.

All this traffic – what’s it good for?

In this case, not much really.

If I was trying to drive traffic – any traffic – to a particular piece of content then it’d be quite a coup.  However, I’m not trying to maximise views of that photo and the Birmingham Social Media Cafe (being a local get-together) isn’t likely to benefit from an influx of untargetted, worldwide traffic.

To reinforce that, it’s worth noting that a few days later my Flickr stats and visits to the BSMC website are both back to background levels, as if nothing happened.

That said, I should still say thanks to Digg user xdvx for Digging the pic in the first place. It’s nice to know a bunch of people got a kick out of one of my snaps.

One reply on “Getting a picture on Digg’s homepage”