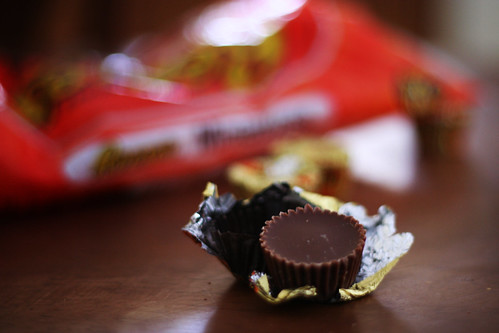 The other week, James Whatley tweeted this (with thanks to Ben Edwards for pointing me towards the right tweet):

Here are those stats today, with links for you to see for yourself:

For The Inbetweeners you could quite easily substitute, Skins (3.4m), Misfits (1.4m), Peep Show (480k) or several others. The point being that the individual shows tend to get a great deal more traction than the channel that hosts them (although you have to wonder which FB Pages get the most on-air promotion/marketing budget).

That makes sense though, doesn’t it? You’re more likely to be a fan of a show (generally and/or on Facebook), than you are to be the fan of an entire channel with a varied output. The channel is just a wrapper, and who cares about that? The show is the tasty treat inside.

I think the C4/E4/Inbetweeners situation matches that of performing arts and concert venues. I’ll only go to a theatre, gig venue, comedy club or symphony hall if I want to see a particular show (lovely as the venues may be in their own right).

Whereas museums and galleries (and country houses, nature centres, gardens and so on) are more akin to the 24 hour news, music or sport channels – you can turn on/up at most times of day and be reasonably confident of what to expect.

The play’s the thing

Where performing arts are concerned, people are more likely to anticipate, book tickets for and tell their friends about an individual play, musical or performance.

Of course, none of this is news. It’s surely the reason why theatres put out posters and flyers for individual shows, rather than advertising the theatre as a whole. They’ll build up mailing lists and segment them so they can send out more relevant messages to people.

So, bearing this in mind, why do theatres concentrate on building up fans to venue-specific Facebook accounts? They have their uses (after all, marketing isn’t everything) but it occurs that it may be going against the grain of what Facebook users would prefer. To use my earlier analogy, it’s a case of selling the wrapper rather than the sweet inside.

I suppose in one sense it’s like building up other forms of marketing lists (email, SMS, direct mail, etc) – the difference being that post-signup segmentation of messages isn’t yet possible with Facebook Pages (save for specifying location and language). As such, they’re limited to sending the same message to a group of people who want to hear everything they’ve got to say.

It’s not that segmentation of audiences isn’t possible with social media, it just needs to be approached very differently.

5 replies on “Selling the wrapper”