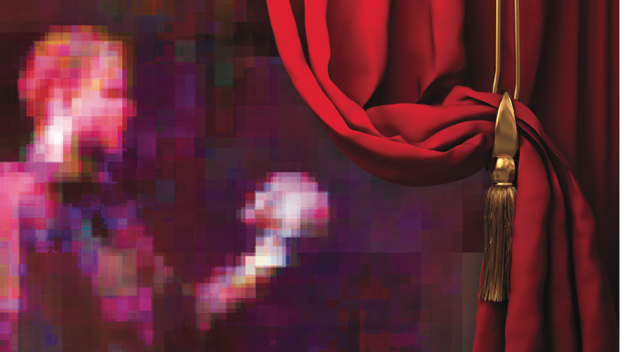 Beyond The Curtain – How Digital Media is Reshaping Theatre [PDF] is a report that came out at the beginning of 2012, although I’ve only just come across it. It was released by Ballinran Enter­tain­ment, with Dig­i­tal Wiz­ards, the Cana­dian Actors Equity Asso­ci­a­tion and Strat­ford Shakespeare Fes­ti­val involved as partners, and it:

Reading through, it feels like it’s been written from the point of view of a sector that’s aware of the opportunities, struggling to take advantage of them and concerned that it’s being left behind. This from the report’s introduction:

We may not have a choice. Beyond canada’s borders theatre companies are taking advantage of opportunities provided by the digital age. Canadians can now watch the National Theatre Live, Live from the Met and Live from Lincoln Centre at their local cinema, but apart from occasional exceptions, cannot enjoy the best of what canadian performing arts has to offer.

For all that, the report’s not unnecessarily starry-eyed and there’s no shirking the extent of the challenge. Maybe the input from such a wide range of people – directors, playwrights, designers, unions, academics and others – helped with that.

These were the recommendations that were made:

2 replies on “Report: Beyond the Curtain – How Digital Media is Reshaping Theatre”