I’m just throwing this here as it came up when I was looking at something else.

Here are the Google Trends results for a handful of off-West End theatres. 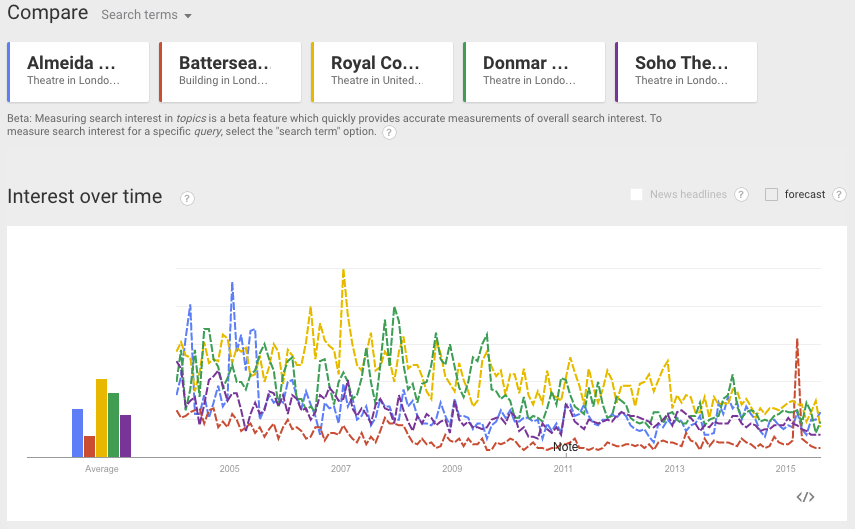 I can tell what a couple of the recent spikes are. The recent BAC (red) one will have been the fire. The Donmar (green) one must’ve been Tom Hiddlestone in Coriolanus.

Here are some others. 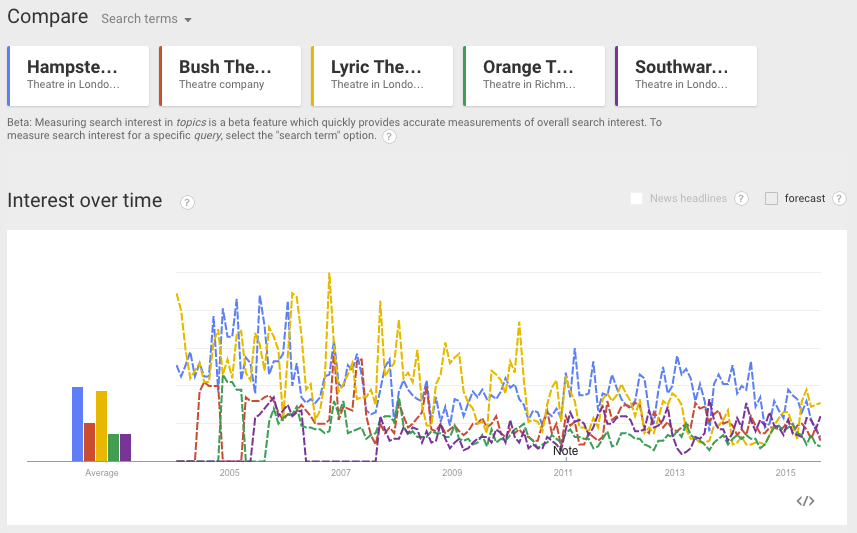 It’s slightly less pronounced with this lot. Interesting to note that Edward Hall took over at Hampstead in 2011 and seemed to inject new life into the place. That seems to show in the graph.

Put Hampstead’s performance in context with the Young Vic though. Woah! 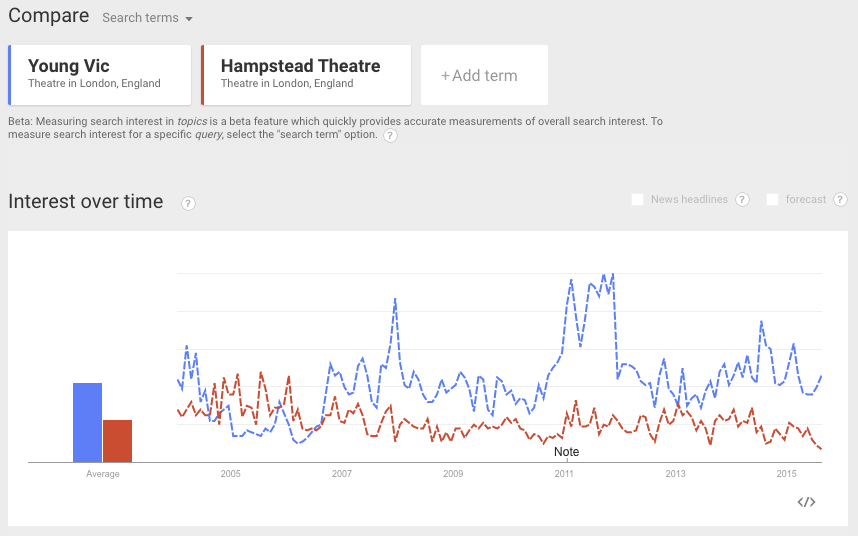 So it’s not all bad, but overall the trend is generally downward, and at a rate that seems to match the trend for searches of the word ‘theatre’. 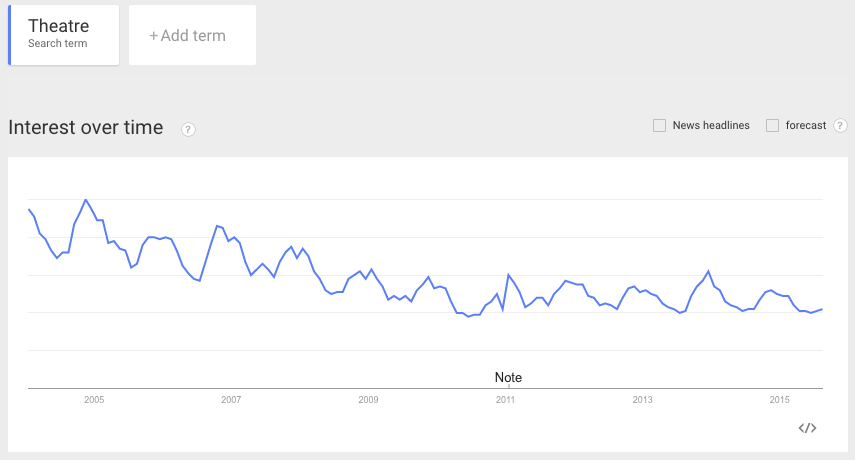 I’ve no conclusions to end on. Sorry about that. Although if you wanted evidence that traffic to event-focussed websites is going to be massively affected/determined by artistic programming decisions, then this points in that direction. Not that that should be any surprise.

Are there any other observations or conclusions that could be drawn from this?

@ChrisUnitt Google Trends has a 'decay rate' for many English words- so the question is, are theatres decaying more than other institutions.

The thing about Google Trends is it’s not exactly clear how amazing the data is (especially because I’m using topics, rather than straight search terms) and it’s entirely possible there’s some sort of decay rate, or inconsistency or something so really don’t go betting the house on the data above. Like-for-like comparisons are probably fair enough though. Probably.