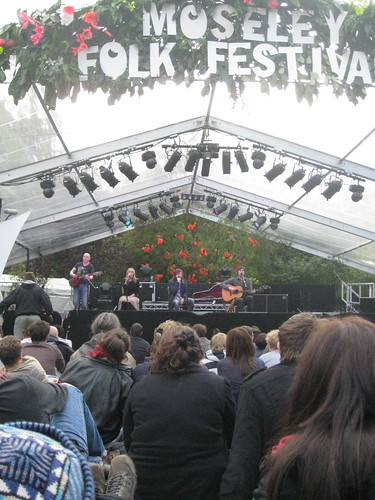 Last weekend was given over to Moseley Folk. A couple of days in the company of Birmingham’s boho middle-class, where children running riot is, weirdly, actually quite a good thing.

As with last year, I only caught the headliner on Friday night – that being Saint Etienne. No, not very folky, but the organisers play fast and loose with genre barriers for the good of the festival. They were fine but I didn’t think the set hung together very well – I didn’t realise until the very end that they were playing 1991’s Foxbase Alpha, with an encore of ‘He’s On The Phone’.

Saturday involved a bit more time wandering around and chatting with people but also featured a few of the acts I was most keen to see. Beth Jeans Houghton was an entertaining new discovery and I was disappointed that a clash meant I missed most of Vetiver – they sounded much better on stage than on record.

Anyway, I enjoyed Lime Chalks, Friends of the Stars and Beth Orton (who was out of practice and got a bit samey after a while, but was charming enough to see herself through). Stars of the day were Drever, McCusker & Woomble, even if they did indulge their proper-folk leanings a bit too much, at the expense of playing more songs from an album I’ve had on heavy rotation for ages now. They were great though, and the sun came out when they started. Ace.

On the Sunday there was no-one much I wanted to see, save for Fox and James Summerfield, who were both spot on. Jim Moray was on stage when I arrived and sounded great – one to check back on. Ade Edmonson was a good crowd-pleaser (not sure why I say that slightly begrudgingly) and respects were paid to Martin Carthy and Dave Swarbrick. I left at 7ish and, although I heard good things about Jethro Tull’s performance, I was happy leaving my folkfest experience as it was. 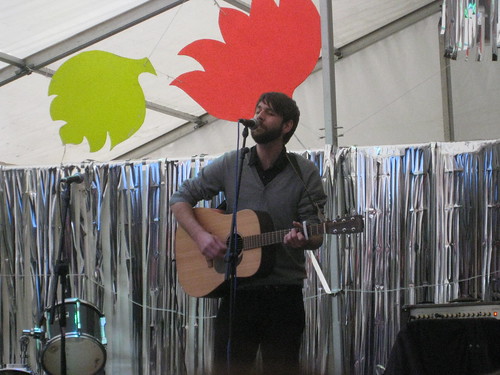 In other news, the weather held (just about), there were hardly any queues for food or booze, there was a lovely atmosphere, the venue was beautiful… All told, it was a good weekend and I’ll be back like a shot next year.

One reply on “Moseley Folk Festival 2009”