I’ve been interested in crowdfunding for a little while but recently had the opportunity to look at the area a lot more closely, being involved in some work related to the current project to raise funds for the new John Peel Centre.

I’m collecting links to good crowdfunding case studies over on Delicious. Here are some of the better ones.

Craig Mod’s article about funding Art Space Tokyo is a must-read with some solid tips and some strong analysis around pledge tiers and some insight into their approach to marketing.

Suw Charman-Anderson has blogged about the things she wishes she’d known at the start of the process. Don’t underestimate the amount of time required to promote the crowdfunding and get as much as possible lined up beforehand.

Leonard Richardson recently backed 52 Kickstarter projects in one month and has analysed the results, drawing out some good lessons for wannabe fundraisers. Part one of his report makes some general points about what makes for a good fundraising project (hustle, don’t ask for too much and don’t make your rewards too niche).

The second part looks at a single project and pulls out some good stats, making the point that most projects aren’t going to get all that many backers, therefore:

you need to make each backer count. That means raising the mean contribution or lowering the goal

He ends by suggesting people gauge their own projects with reference to similar ones run by others:

Look at the tiers they set up, see how many people pledged at each level, see how much money they actually raised and where it came from. A cool video can get people wanting to back your project, but the reward tiers and the goal you set will determine how much money you see

On T-Shirts and Suits, David Parrish makes the point that:

You can use crowd-funding platforms to test the market for a new product, service or project, in parallel with raising finance to fund new creative initiatives

Which reminded me of this post about using Google Ads to test prospective book titles. Slightly off topic, but worth mentioning.

The Kickstarter and Patronage panel from GenCon 2011 is worth a listen.

The crowdfunding sites themselves are generally pretty good at putting out tips and stats, for obvious reasons. For instance, on their second birthday Kickstarter shared data representing activity on the site between April 2009 and April 2011. It’s really good.  On top of that, Cindy Au is an employee there and Fred Kicks has some good notes from her stat-packed talk at the Metatopia Game Design Festival.

WeDidThis have picked out some information about the kind of people who donate via their site.

I very strongly recommend you read this post about Studio Neat‘s first Kickstarter project – Idea to Market in 5 Months: Making The Glif. There are relatively few lessons to take away on the fundraising side of things, what with how things panned out, but I think it’s amazing to see just how much two people are able to achieve using a crowdfunding service and a handful of online services.

Studio Neat went back to Kickstarter for their second project – an iPad stylus called the Cosmonaut. This time they tried something different – they set a target of $50,000 but allowed donors to pledge as little or as much as they liked, at the same time limiting the number of backers to 3,000. The Kickstarter blog broke down the figures:

If everyone pledges $1, nobody gets the Cosmonaut. If everyone were to pledge the same amount, they’d each be pledging about $16.66. And if some people are feeling generous and pledge $25 or $30, suddenly there’s room for a few people to pledge $1 or $5 or $10

All 3,000 slots were taken in less than 48 hours with backers pledging just short of the $50,000 required. Rather than upsell some of those backers, two fixed-price tiers (pricing the Cosmonaut at $25 – higher than the average required by the 3000 initial backers) allowed more people to pre-pay for their items. By the end, a total of $134,236 had been raised.

The pay-what-you-want thing struck me as very clever indeed:

It’s still early days with this crowdfunding so it’s good to see people pushing the format to see what works and what doesn’t. It’s great to see so many people documenting their experiences too. Panlogic recently released a report called Digital Philanthropy for the Arts. It’s good – thorough and well-explained and worth recommending to clients as reading material.

The key findings are as follows (and taken directly from the executive summary):

Elsewhere, I’d recommend the list of barriers to entry cited by organisations (p8) and things that might go wrong (p32). I’d also suggest you read the reasons why people do (pp9-12) and don’t (pp14-16) give and the best practices with regard to donors, digital (generally) and social media (p20 onwards).

The breakdown of the Southbank Centre’s email supporting their Pull Out All The Stops was interesting (and not unfair at all, criticism doesn’t come much more constructive).

In conclusion then, good stuff.

There are all sorts of ways for artists and makers to sell their wares online. Decent storefront options abound and generally come in one of three flavours:

Putting aside the market place sites, the problem with individual stores and bespoke sites is that people end up trying to drive traffic to their individual, isolated shops. They’re tacked on to their portfolio websites but rarely linked to from anywhere else. They might look very nice, but there are no shoppers browsing by. They look a bit like this: 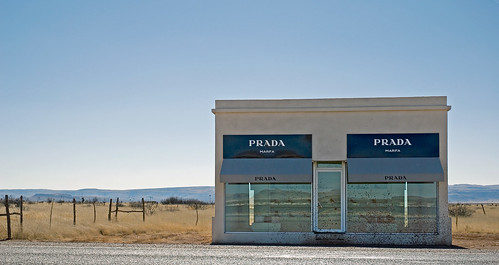 Whereas retailers understand that by clumping together with others in one place they’re more likely to attract passing trade.

To be fair, this is what the market place solutions are going for. Storebeez allows you to search across stores, as does Big Cartel (although this feature’s a bit hidden). Even so, I have a suggestion for improving things.

How to improve things

I run a decent-sized, geographically specific arts and culture blog. I’d like to have a shop of some sort on there but I don’t want to deal with the admin of actually running it. However, I could provide some of that much needed footfall.

What I’d like to be able to do is set up a virtual shopping centre, bringing together individual stores that I think are relevant to my audience:

That would do as a starting point. Later on, give me the option to group or highlight sub-lists of products (a round-up of Christmas gifts, for example), give me more granular control by letting me exclude certain products from sellers’ inventory, give me some analytics and so on. If it’s a successful mall maybe people could pay me to be listed in it, or to have their products listed as ‘featured’ (a bit like Badoo‘s premium Rise Up and Spotlight features).

I wouldn’t be interested in having any direct influence over individual store owners – inventory, pricing, order fulfilment, customer service and so on wouldn’t be of any interest to me. I’d just send traffic their way and let them deal with the rest. It wouldn’t even be an exclusive deal – they could potentially appear in hundreds of these virtual shopping centres.

The size of the opportunity

I’m sure many other websites and blogs would relish the opportunity to do the same – for instance, there are plenty of big design-focussed sites that could make use of something like this. I can see lots of possible configurations too:

If anyone from Shopify, Goodsie, Storebeez or Big Cartel happens to be reading this then please build this feature. I’ll then tell everyone to get stores with you (and I’m sure others will do likewise).

Or maybe someone’s already doing this and I’ve not spotted it – anyone? For all I know, it might be possible to do something with Shopify’s API. Alternatively, there might be a good reason why nobody’s doing this yet – would it be too much hassle?