What Can We Learn From Games 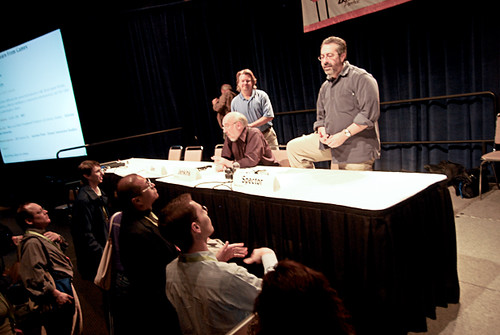 People are turned off by learning in the education system, but games are using learning as a ‘gateway drug’.

Games don’t just exist in the game, they survive online in the social networks. Support and advice on how to get through a game can be found eg in a forum.

When using games for education the authority/basis of the simulator/game is not questioned – just as textbooks don’t tend to be questioned. Need to look at mechanics of a game, critique it and so be able to design one yourself.

Games have taught that failure isn’t bad and collaboration is good. Opposite of schools.

Sci-fi is more interested in world-building than character-building. Reading for a world invites more creativity than reading for narrative. Readers can fill in the gaps in that world – flesh out the stories/narratives for themselves.