Back on the dance festival write-ups. Week 3 was one of contrasts – from mass-audience outdoor stuff to more intimate audiences and with performers from many different countries all sharing the same stages.

It was the Bank Holiday and we went back to watch Utopia again. What we were going to do was get a bunch of people filming from different places around Victoria Sq and then edit it together. What we didn’t realise is that the time had been brought forward, so we arrived while it was halfway through. That was disappointing. Still, it was good to see the cossack dancers again.

From the smaller-scale, more intense Dancing Under Crossfire last week to the glitz and glamour of Strictly Come Dancing – The Professionals on this evening. You couldn’t accuse the festival of lacking breadth. 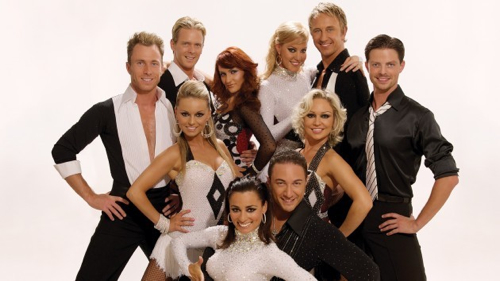 Strictly’s the kind of thing I avoid like the plague, so I had to be fed snippets of info about the various dancers and their back-stories by my better-informed companion for the evening (cheers, Ellie).

The dancers were, of course, excellent. Despite the fake tan, sequins and fixed grins, you can’t escape the fact that these are no fools. It was the ladies who impressed most, doing the same as the men but backwards and in heels (and usually spinning too).

Leaving aside the more snobbish criticisms (and I’ve got em), what I disliked about Strictly was the speed of it. In order to achieve maximum dazzle everything was performed as if it was sped up, providing a kind of visual chipmunk effect. Quite often the ladies were flung around the stage with such force that they seemed to be doing all they could to stay upright in those heels (which, of course, they did).

Oh, and while we were supposedly shown a range of dance styles over the course of the evening, everything (ballroom, flamenco, salsa, swing) looked like a Strictly dance.

It was entertaining, it just wasn’t my thing.

A slightly more rarified experience was Complot, performed by Chanta La Mui at the Town Hall. This promised to be flamenco as they’re performing it in Madrid these days. I’d attended a press call earlier in the day and chatted with the show’s promoter, Ana Garcia, who’d explained that the dance form was constantly evolving with new elements brought in regularly, but that this didn’t tend to be reflected in the styles of flamenco shown outside of London.

It was a good show – I’ve not really got into flamenco, but there was enough to hold my interest and make me wish that there had been a slightly larger audience in attendance. The bits that I remember most clearly are:

The predicted highlight of my week was Akram Khan Company performing Gnosis at the Town Hall. It turned out to be a show of two halves. The first left me cold – starting well enough but giving way to an improv session that didn’t do much for me (it had been a long day). Akram was chattier than expected though, and a genial host. He also recommended that those of us in the stalls find our way to the balcony for the second half which we duly did. 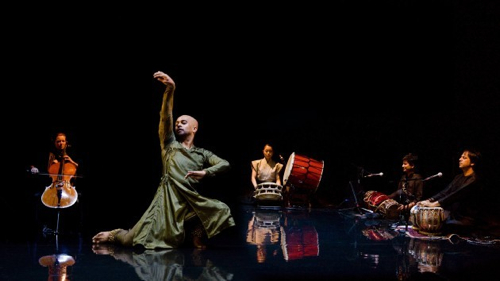 The second half was the main event – a duet between Akram and Yoshie Sunahata, a beautiful and incredibly talented kodo drummer who also danced and sang. The piece was inspired by the Mahabharata story of Queen Ghandari, who blindfolded herself for life to follow her blind husband﻿.

My dance review vocabulary lets me down at this point – all I can say is that, against a stark black stage, the pair managed to create an entirely engrossing world of their own in which they told an affecting story.

As with the flamenco, I’m left with two particularly strong details: